If you get a heavy flow and bleed between the menstrual periods lasting too long, your doctor may recommend you for Endometrial Ablation. This procedure can reduce or stop bleeding completely.

Heavy menstrual bleeding has a variety of causes, such as hormonal changes, fibroids, and growing polyps in the uterus. Endometrial ablation involves removing the endometrium, also known as the uterine lining.

In most cases, you are bound to feel pelvic pain after Endometrial Ablation, although your period usually gets normal or is light, although sometimes it can stop altogether. It doesn’t require any incisions.

In this blog, we’ll help you identify the risk factors of pelvic pain after endometrial ablation, discuss the most common concerns, and explain how you can avoid or recover from them. Let’s begin.

Get Personalized Therapy for Your Pelvic Floor Dysfunction 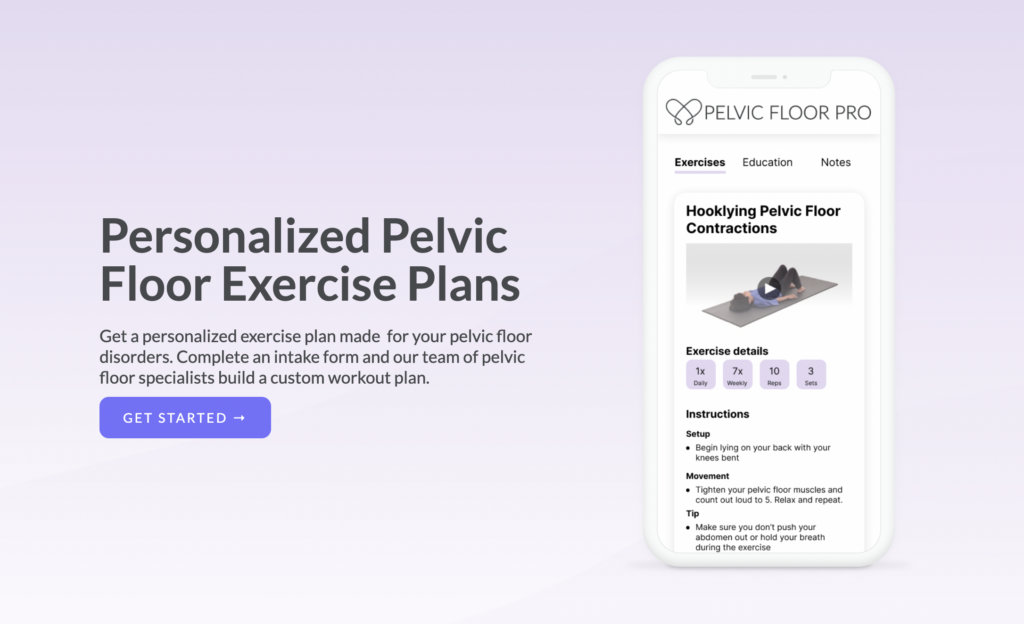 Improve pelvic floor dysfunction symptoms in only 2 – 3 months from home.

With targeted exercise alone most women can improve their pelvic floor function in 60 to 90 days. Generic exercises won’t get these outcomes, only personalized plans based on your symptoms. This is why intake forms and professional plans are so important.

Learn more with the button below.

Who gets Pelvic Pain after Endometrial Ablation?

Moreover, this procedure is helpful if the bleeding leads to other health issues, like anemia. The procedure is not recommended for post-menopausal women. Other contraindications include:

Apart from endometrial ablation, pelvic pain may arise from the digestive system. Recently, physicians have discovered that most pelvic pain, including the chronic one, originates from the muscles and ligaments found in the pelvic floor.

Furthermore, pelvic pain may result due to irritation of pelvic nerves. The following conditions often cause pelvic pain in women:

Signs and Symptoms of concern

After your endometrial ablation, speak with your doctor if you experience any of the following symptoms.

Soon after the surgery, women can expect cramps, constant urination, and vaginal discharge. During the follow-up period for endometrial ablation, uterus holes, excessive bleeding, organ impact, and discharge needs to be monitored closely.

Long-term consequences can vary depending on what kind of surgery you undergo (whether it’s microwaved, heated balloon, electrosurgery, or other lining removal methods). You can get pelvic pain that is treatable via Pelvic floor therapy.

However, there are some uncommon risks such as hematometra, defined as blood retention in your uterine cavity due to post-ablation sterilization syndrome, obstructed menstruation, plus delays in detecting and treating endometrial cancer.

Moreover, those who are sexually active should be aware that pregnancies can occur after an ablation, but it is not safe.

Bleeding after Endometrial Ablation – Is it Normal?

Endometrial ablation recovery is not complete without vaginal bleeding. It is normal to wear pads for the first few days. However, you should not use tampons or douche during that time.

Persistent bleeding can be a problem and will require a pelvic examination and a discussion with your doctor regarding the next steps, which might include a hysterectomy.

Nine out of ten women will have lighter or no periods after undergoing endometrial ablation. Moreover, it is also a possibility that your period comes back heavier a few years later.

You can expect a thin, fluid discharge from an ablation. Plus, the discharge can be mixed with blood and appear bloody. It will likely feel heavy for the first few days after surgery, and after a few weeks, the ablation discharge will go away.

If you detect any difference in its color and smell, it is recommended to consult a physician and get medical assistance.

Possibility of having kids from Endometrial Ablation

The chances are slim that an endometrial procedure will lead to pregnancy, but it is possible and can be harmful. If the pregnancy occurs after this procedure somehow, it’ll come with serious and sometimes fatal complications.

Surgery of this kind cannot substitute for sterilization and hysterectomy. Women must continue to use birth control post uterine ablation.

Back Pain after Endometrial Ablation

Most people don’t experience back pain. However, abdominal cramping after the surgery should be expected. There are instances when women experience cyclic pelvic pain that can last from months to several years.

Back pain could indicate a late-onset failure of endometrial ablation. If you experience severe back pain after the procedure, you should see your doctor.

After undergoing endometrial ablation, it won’t take long for you to heal. It usually takes a few days for most women to recover.

You may feel mild bleeding and cramp or watery discharge for weeks. Plus, nausea and a sudden urge to urinate are common in the initial 24 hours.

Make sure to follow your doctor’s advice of not having sex, wearing douche or tampons for the next few days. Moreover, your activity level may also be limited.

If you suffer from pelvic pain after endometrial ablation, pelvic floor physical therapy will greatly benefit you. Through therapies, many women have experienced significant improvement and have recovered sooner.

Endometrial Ablation is a complex procedure that involves several risks and benefits. It requires special care to recover quickly from the procedure’s complications. It is common to have watery discharge and bleed after the treatment, but not back and pelvic pain.

Hopefully, this blog helped you discover the symptoms of concern and helped you gain insight into the recovery procedure.

Get a personalized plan for your pelvic pain.

Most pelvic pain and pelvic floor disorders can be helped immediately by custom workout plans designed by pelvic floor therapy specialists. Learn more about customer plans with the link below. 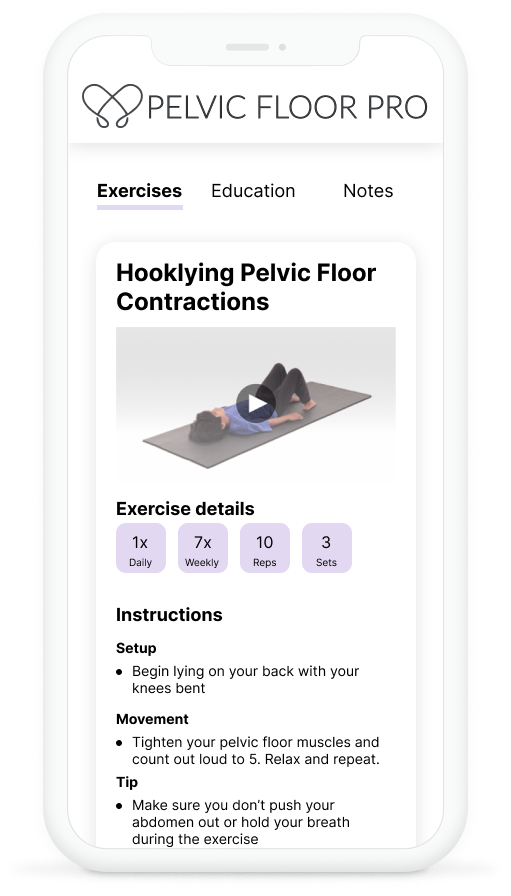