Suffering a miscarriage is one of the most devastating experiences for a pregnant person. Feelings of distress, hopelessness, and even trauma can be amplified if the pregnancy was wanted and planned. While so incredibly harrowing, sadly miscarriages are also not uncommon.

Right now, estimates tell us that around 26% of all pregnancies end in a miscarriage. Besides the natural emotional pain and psychological distress, miscarriages can also affect your body in different ways. Pelvic pain, for example, is a commonly reported physical side effect of miscarriages. 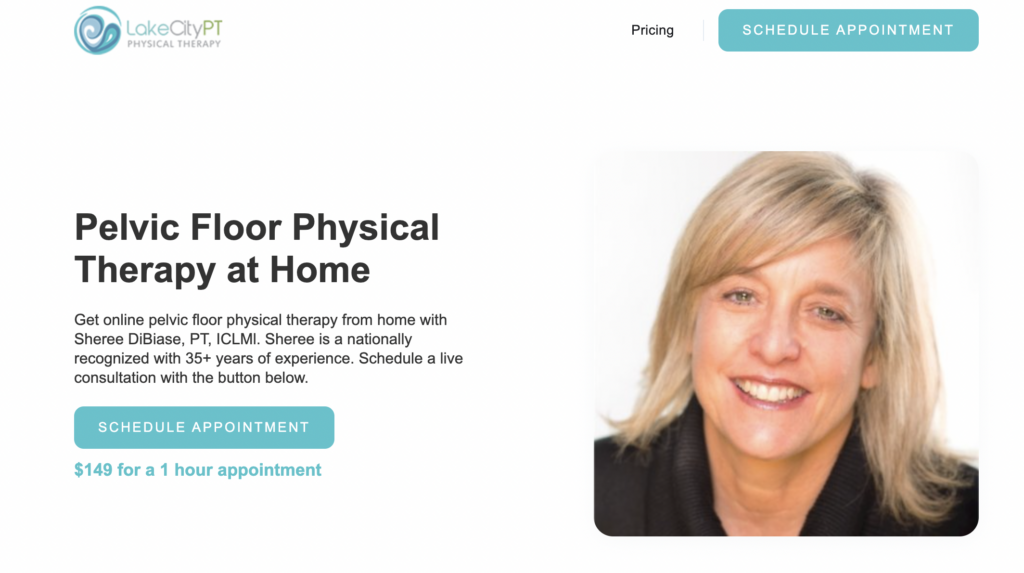 Schedule a live video call consultation with the button below.

In gynecology, miscarriage is defined as the spontaneous loss of a pregnancy before the 20-week mark. When a baby dies after the 20th week of gestation, the term most commonly used is “stillbirth”.

Unfortunately, there are several different types of miscarriages, all with different signs and symptoms.

Chemical pregnancies are one of the earliest types of miscarriage. They tend to happen before a pregnancy has reached its fifth week, which is also why they are not always easily identified as miscarriages but can be mistaken for heavy periods.

Most miscarriages happen in the first trimester of pregnancy, which ends at around 12 weeks. During a first-trimester miscarriage, a person can experience heavy bleeding, pelvic pain, back pain, and severe nausea or sickness.

While less reported and only affecting a very small percentage of the overall pregnant population, second-trimester miscarriages do happen. They present similar symptoms as first-trimester losses, although these are generally more intense as the pregnancy has progressed over a number of weeks.

Most miscarriages can be diagnosed when a pregnant woman starts noticing physical symptoms such as severe pain, cramps, and bleeding. However, some women do not report any symptoms at all: this is what happens with a missed miscarriage.

Missed miscarriages tend to occur in the first trimester of pregnancy, although they can also happen at a later gestational age.

When a mass of non-fetal tissue grows inside the uterus, a molar pregnancy occurs. This mass, medically called a “mole”, is the result of abnormal conception and can be diagnosed during a first-trimester ultrasound.

Also known as “anembryonic pregnancy”, a blighted ovum happens when the fertilized egg implants correctly into the womb but does not grow into an embryo despite its gestational sac continuing to develop.

While post-miscarriage pelvic pain is normal, it is also important to note that this type of pain while the pregnancy is still ongoing might be a sign of imminent miscarriage. Some of the most common signs that a miscarriage might be about to happen include:

As you might expect, the intensity and severity of cramps and pelvic pain increase the longer a pregnancy goes on. While in early pregnancy you can alleviate miscarriage-associated pelvic pain by using over-the-counter medication, taking warm baths, or applying a hot water bottle to the affected area, these remedies do not tend to work so well if you are miscarrying in your second trimester.

After a miscarriage, you may experience pelvic pain that varies in severity and intensity depending on how far along you were in your pregnancy. For example, if you experience a miscarriage in the first trimester, your pain might feel similar to pregnancy cramps, and it might last only for a few days.

However, if your miscarriage happens later in pregnancy, your pelvic pain, cramps, and bleeding will be stronger, and they will take longer to ease and disappear completely. If you start feeling or being sick and running a fever alongside your pelvic pain after a miscarriage, seek medical attention right away, as it might be a sign of infection.

The recovery journey after a miscarriage can be long and complex, as it involves lots of different aspects of a woman’s life. It’s essential that you allow yourself the time and space you need to grieve and come to terms with what has happened to you and your baby, without letting anyone else force you to “rush” things or expect you to feel better quickly.

Recovery must happen from an emotional, psychological, and physical point of view. Emotionally, you may find solace in confiding in your partner, family, and friends, as well as connecting with other people who have been through a similar experience. Psychologically, you may be advised to attend some counselling sessions, in order for a trusted professional to help you process your feelings.

Your body, too, will need the right type of care following a miscarriage. Once again, it’s paramount to rely on the support of a qualified expert who can accompany you on your journey towards restoring your body to its health.

As we mentioned, pelvic pain is one of the most commonly reported concerns that plague women after a miscarriage. This is because the pelvis is one of the areas that are most affected by the physiological and hormonal changes that the pregnant body goes through – even in very early pregnancy.

In order to re-establish the correct strength, health, and balance in your pelvis region post-miscarriage, you might want to look into physical therapy for pelvic pain. At Lake City PT, we specialize in diagnosing and treating post-miscarriage pelvic pain.

Get in touch with us today and schedule your initial consultation. One of our expert therapists will be happy to see you and offer you all the support you need to create a bespoke treatment for your pelvic pain. 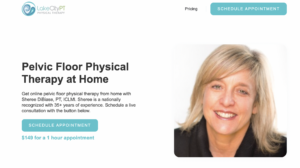 One-on-one pelvic floor physical therapy from the comfort of your home.

Get help with your pelvic pain by talking with one of our pelvic floor physical therapy specialists.

Learn more with the button below.